Allowing free schools and academies has resulted in a terrible fragmentation of the UK State Education system. Those based on religious ideology of any persuasion are a particular problem, Evangelical Christian, Protestant, Church of England (Cof E), Roman Catholic (RC), Jewish, Islamic Schools, and others.

The great mistake was to allow Religious schools to continue when the 1944 Education Act was implemented. Although it could be argued that this was necessary because in a time of immense austerity the implementation of the 1944 act had to be ‘affordable’. RC and CofE already supported a large number of schools and it would have been difficult to take them all into the State system at that time. Moreover there was a sense of indebtedness for the important role that the churches had played in creating the elementary school system from which the new post 1944 Act primary and secondary schools were to be developed.

The problem arises generations later because having allowed RC and CofE schools to continue to exist (but now almost entirely with running costs funded by the state) how can you refuse any other religious group the same possibility? The difficulty became acute when Academies were allowed to be set up by whoever wanted to invest money outside of the Local Education Authority system.

Then this was compounded by ‘Free Schools’. Again set up outside of the control of the Local Education Authority. Perhaps the only solution is to make the State education system secular and return it to Local Education Authority control, oversight and regional planning. (This does not even touch upon the terrible consequence of the school system in Northern Ireland which is still to a large extent divided between RC and Protestant schools).

Of course it is claimed that all this ‘diversity’ is good because it allows “parental choice”. But in rural areas there is almost no choice and in urban areas it becomes a free-for-all fight to get children into a school perceived as good. Having to apply separately to a number of independently run Free Schools or Academies can mean getting your child into no local school. The best chance of success is to move next door to the school of your choice so that you are in the catchment area of that ‘lovely’ Primary or Secondary Academy in Hampstead. Who can afford to do that? Why the affluent middle class of course, or as they might say PLU (People Like Us).

The fragmentation and disintegration of the State Education system was begun by the Labour Government ofTony Blair and has continued apace under the Tories.

A Church of England College set in the very heart of Cambridge which provides residential training for women and men seeking ordination to the Priesthood. The sign over the door was carved by Eric Gill (note his ‘signature mark’ in the bottom right corner.

It is a common misconception that Jesus of Nazareth ‘founded’ a new religion – ‘Christianity’.
Hence the above rhyme!

Jesus of Nazareth was of course a Jew practicing the Jewish faith and his disciples were also Jewish.

Of the four Gospels, there are no birth stories in the earliest which is designated ‘Mark’s Gospel’ (written around 65 AD – that is at least 30 years after the death of Jesus ).

It is not until the even later Gospels of Matthew and Luke that (“Christmas”) birth stories appear. These were written to include a confirmation of the Divinity of Jesus (the virgin birth was a common theme in the Greco-Roman world of Gods).

Note: The Gospels of Luke and Matthew were written between 80-100 AD at a time when the sect of the followers of Jesus of Nazareth were splitting or had split from mainstream Judaism (insofar as one can talk about ‘mainstream’). Consequently the unknown writers of these Gospels would have felt compelled to confirm the validity of their beliefs by reference to the idea of a virgin birth – hence the nativity stories.

So indeed
“if it wasn’t for Christmas” ……we might all be Jewish. 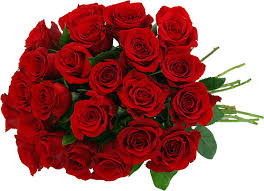